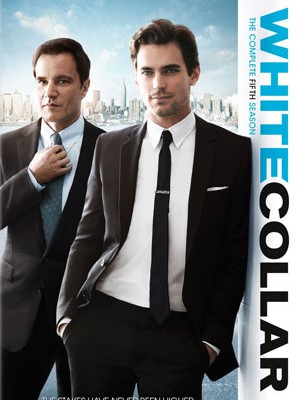 Twentieth Century Fox Home Entertainment has added White Collar: Season 5 to its release line-up, but only a standard definition DVD version is scheduled for release in November, with no Blu-Ray version insight.

Catch up with television’s smartest, sexiest con-man-turned-crime-fighter before the final season! In White Collar’s sizzling Season Five, $1.8 million in gold coins is missing, an elusive precious diamond is about to be found, and Neal Caffrey (Matt Bomer) has a new handler—and a new love interest. But all is fair in love and crime, and the closer Neal gets to the mysterious Rebecca Lowe, the greater the danger for everyone in his life.