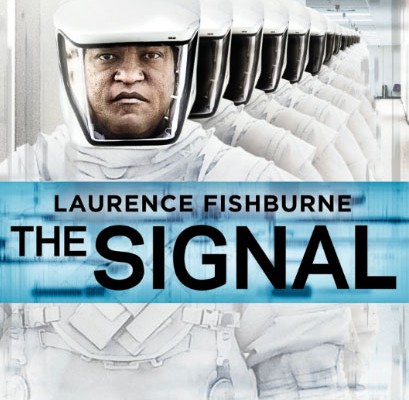 Universal Home Entertainment has just added the mind-bending and suspenseful sci-fi thriller The Signal to their roster, scheduling the film for release later this month.

Nic (Brenton Thwaites), his girlfriend, Haley (Olivia Cooke), and his buddy, Jonah (Beau Knapp), take an unexpected detour from an idyllic cross-country road trip when they are contacted by a mysterious hacker who has gained entry into MIT’s secured network. But after a rendezvous in an eerily remote area goes awry, Nic wakes to a living nightmare in an isolation unit. Interrogated by Dr. Wallace Damon (Laurence Fishburne), Nic soon realizes that the only way to decipher the past…is to escape the present.

On Blu-Ray you will find a high definition transfer with a DTS 5.1 HD Master Audio track, while the DVD version will feature an anamorphic widescreen presentation with Dolby Digital 5.12 audio.

Both versions will also include a Commentary Track with Co-Writer/Director William Eubank and Co-Writers/Consulting Producers Carlyle Eubank and David Frigerio, as well as Deleted, Extended and Alternate Scenes. The Featurette ”Behind The Signal” will also be included, along with the featurette ”Brilliant!”

As an additional bonus the Blu-Ray version will also contain a Digital Copy of the film.