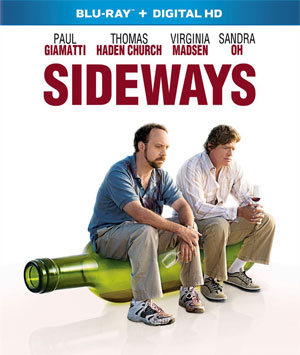 “Sideways” is a comedy, in which Paul Giamatti and Thomas Haden Church star as Miles and Jack, old college buddies who take a wine-tasting road trip through California’s famed central coast to celebrate Jack’s upcoming nuptials. But Miles’ desire to savor the regions’ wines suddenly takes a back seat to Jack’s desire to sample its women!

The release will include an Audio Commentary by Paul Giamatti and Thomas Haden Church, as well as seven Deleted Scenes. In addition, the release will sport a Behind-the-scenes Featurette shedding more light on the production of the film, its cast and the backdrop locations.