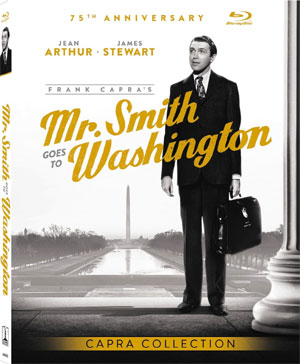 An idealistic, newly-appointed senator (James Stewart) heads to Washington, where he single-handedly battles ruthless politicians out to destroy him. Winner of the 1939 Academy Award® for Best Writing (Original Story), Mr. Smith Goes to Washington is a timeless and stirring ode to the power of democracy.

Digitally restored and mastered in 4K, the release will be presented in collectible Digibook packaging, that also features Rare Photos and an all-new Essay by celebrated film historian Jeremy Arnold.

As bonus features, the release will also contain a Commentary Track by Frank Capra Jr, as well as the full-length Documentary ”Frank Capra’s American Dream”.

The release is rounded out by the movie’s Original Theatrical Trailer and a Rare International Trailer.