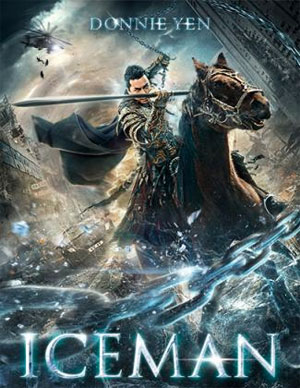 Well Go USA Entertainment has announced the costume action film Iceman for release on Blu-Ray Disc and DVD in November, a remarkable short time after the movie’s limited theatrical run, which starts on September 19.

Donnie Yen is a Ming Dynasty palace guard, wrongly accused of murder and hunted by three vengeful brothers. All four are accidentally buried, frozen at the height of battle. 400 years later, they are defrosted and resume their mortal struggle—while also adjusting to modern-day life.

Aside from action superstar Donnie Yen, the remake of the 1989 film “Iceman Cometh,” is directed by Law Wing Cheong and also stars Eva Huang, Wang Baoqiang and Simon Yam.

The release will contain the feature film a well, along with a number of bonus materials, including the Seven-part Featurette “The Making of Iceman,” which takes an in-depth look at the filming of the rooftop sequence and the disco scene, as well as interviews with Donnie Yen, Wang Baoqiang and Eva Huang.