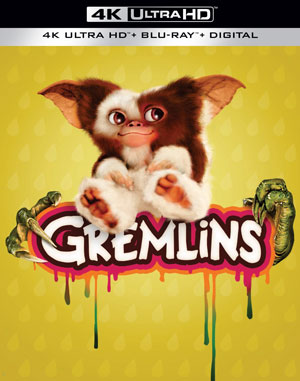 Gremlins is a wildly original roller-coaster ride of hilarious mischief.  One minute your hair will stand on end, the next you’ll hold your sides with laughter at the havoc these supposedly gentle furballs create when the rules surrounding their care and feeding are inadvertently broken one fateful Christmas.  Written by Chris Columbus and directed by Joe Dante, Gremlins unleashes special effects that dazzle and enchant and merriment that lingers in the memory.

Arriving as a combo pack that also includes a Blu-Ray and DigitalHD version,

The 35th Anniversary Edition of Gremlins will arrive in stores on October 1 for $41.99.