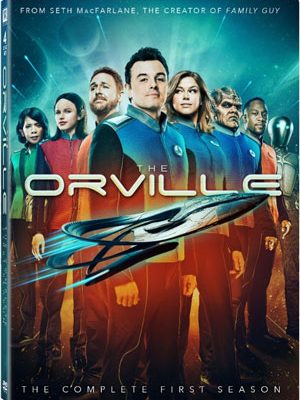 Twentieth Century Fox Home Entertainment has announced the upcoming release of The Orville, bringing the first season of the TV show to DVD in December.

The Orville is a live-action, one-hour space adventure series set 400 years in the future that follows The U.S.S. Orville, a mid-level exploratory spaceship. Its crew, both human and alien, face the wonders and dangers of outer space, while also dealing with the problems of everyday life. The ensemble series stars MacFarlane as the ship’s Captain, Ed Mercer, and Adrianne Palicki as his ex-wife, who’s assigned as his First Officer.

The Orville is dialing your coordinates to make it to a store near you on December 11 for $29.98 on DVD. Unfortunately, no Blu-Ray version has been scheduled, for unexplainable reasons.