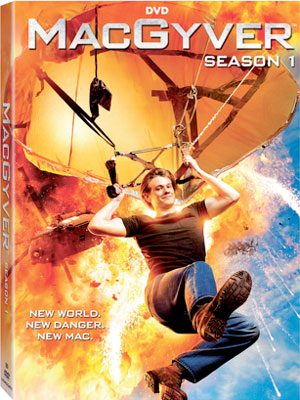 Lionsgate Home Entertainment has unveiled plans to release the first season of the CBS television show, MacGyver on DVD in February.

MacGyver returns in this reimagining of the classic series for a whole new generation! Lucas Till stars as the eccentric genius Angus “Mac” MacGyver, who uses his unconventional problem-solving skills to save lives across the globe. Rounding out Mac’s team are George Eads as ex-CIA agent Jack Dalton; Tristin Mays as hotheaded computer hacker Riley Davis; and Justin Hires as struggling ﬁlm director (and Mac’s best friend) Wilt Bozer.

No bonus materials have been announced for this 5-disc DVD set featuring the entire first season of the ‘80s series’ reboot but you will be able to grab your copy for only $29.98 when it arrives in stores on February 27.