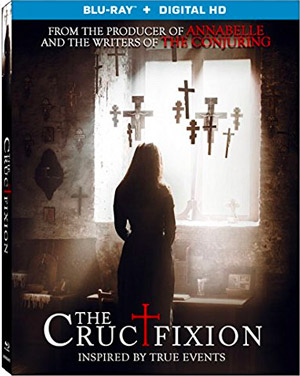 Lionsgate Home Entertainment has just added The Crucifixion to its release lineup, preparing this horror tale of a journalist’s surreal, supernatural investigation into a nun’s shocking death for release on Blu-Ray Disc and DVD in December.

American reporter Nicole (Sophie Cookson) travels to investigate the possible murder of Sister Marinescu, sadistically crucified by a priest to vanquish a demon. As Nicole uncovers the weird tales behind this horrific incident, disturbing events reveal that the demon is still lurking nearby, seeking a new human host.

Aside from the movie by director Xavier Gens, the release will also come with the Featurette “The Crucifixion: The Director’s Vision” and a Trailer Gallery.

The Crucifixion will arrive in stores on December5 with a $21.99 sticker price for the Blu-Ray version and a $19.98 retail price for the DVD.