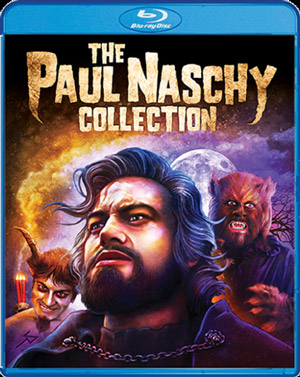 Shout! Factory has just announced details about an exciting upcoming release for horror fans, adding The Paul Naschy Collection to its lineup as a Blu-Ray Disc version in June.

Paul Naschy (born Jacinto Molina Álvarez) was Spain’s answer to Lon Chaney. He has portrayed many classic monsters – the Wolfman, Frankenstein’s monster, Count Dracula, the Mummy and more. He was not only a terrific actor but also an equally accomplished writer, producer, and director. With this collection, Shout! Factory is paying homage to Naschy, including high definition versions of Vengeance of the Zombies, Horror Rises from the Tomb, Blue Eyes of the Broken Doll, Night of the Werewolf and Human Beasts in this collection.

Vengeance of the Zombies will feature the complete uncut version of the movie in its original Spanish language, as well as an English dub, along with the Spanish Credit Sequence, an Alternate Clothed Sequences and a Still Gallery.

Equally, Horror Rises from the Tomb will also be presented in its complete, uncut version with Alternate Clothed Sequences and a Still Gallery as a bonus feature. In addition, the movie will feature a new Commentary Track by Rod Barnett and Troy Guinn of the podcast, NaschyCast.

Blue Eyes of the Broken Doll also arrives in its uncut version with the Spanish Credit Sequence and a Still Gallery as a bonus, and a new Commentary Track by Rod Barnett and Troy Guinn of the podcast, NaschyCast.

Following the same template, Night of the Werewolf features the uncut version with Deleted Scenes, the Spanish Credit Sequence and a Still Gallery as a bonus, along with a new Commentary Track by Rod Barnett and Troy Guinn of the podcast, NaschyCast.

Human Beasts makes no exception and also comes as the complete uncut version with a Still Gallery as a bonus feature.

All films will also contain a number of Theatrical Trailers.

The Paul Naschy Collection will arrive in stores on June 20 for $79.97. If you order it directly from Shout! Factory, you will even receive the disc 2 weeks ahead of its release date.