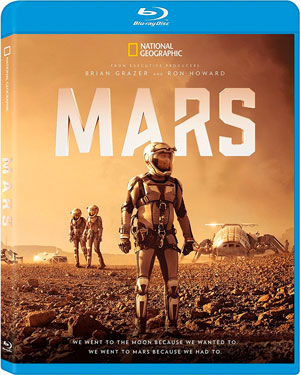 Mars follows a crew of courageous international astronauts on its exhilarating maiden voyage to Mars and quest to colonize the fourth planet from the sun. In a unique blend of scripted drama intermixed with documentary sequences and feature-film-caliber visual effects, the series presents what the greatest minds in space exploration are doing to make traveling to Mars a reality, featuring Big Thinkers like Elon Musk, Neil deGrasse Tyson and Stephen Petranek.