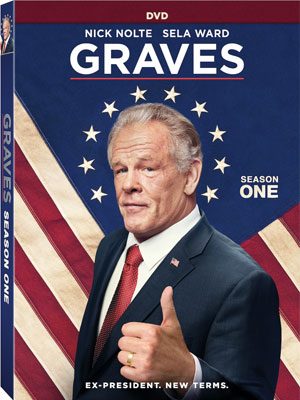 Lionsgate Home Entertainment has just announced the upcoming release of the television show Graves, starring Nick Nolte as a former two-term President of the United States, scheduling the release of the first season in February.

Graves tells the story of President Richard Graves, a former two-term POTUS, as he embarks on a Don Quixote-like quest to right the wrongs of his administration and reclaim his legacy 25 years after leaving the White House.

As extras, the release will also conain a Gag Reel as well as the Featurettes “What Fresh Hell is This?!: Making Graves: Season One” and “Family Dynamics: The Acting Ensemble”.