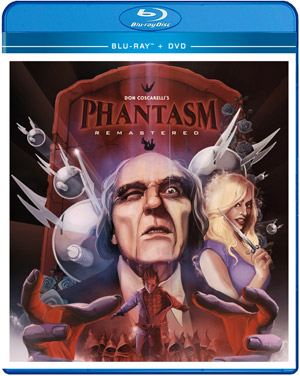 Well Go USA Entertainment has added the horror cult classics Phantasm: Remastered and Phantasm: Ravager to its release line-up, shoring up both movies for release on Blu-Ray Disc and DVD in early December.

At a funeral, in Phantasm, Mike (Michael Baldwin), watches as a tall mortician clad in black (Angus Scrimm) tosses the unburied coffin into a waiting hearse as if it were nothing. Seeking the truth behind this unusual sight, Mike breaks into the mortuary, where he comes face-to-face with the sinister Tall Man. After barely managing to escape with his life, Mike enlists the help of his brother, Jody (Bill Thornbury), and their friend Reggie (Reggie Bannister). Together they set out to uncover the secrets of the Tall Man and those who dwell in his hellish world.

Also included on the release are Graveyard Cars and Interviews from 1979 with Don Coscarelli and Angus Scrimm. The release is rounded out by a selection of Deleted Scenes. 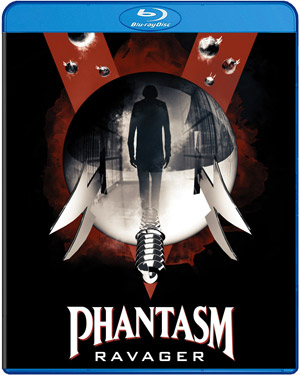 Phantasm: Ravager is the fifth installment in the franchise, in which, after battling with the Tall Man in Phantasm: Oblivion, a battered Reggie wanders through the desert in search of his missing friend, Mike. After recovering his 1971 Hemi ‘Cuda, Reggie is targeted by two of the Tall Man’s Sentinel Spheres and destroys them. He awakens suddenly to find himself sitting in a wheelchair pushed by none other than the elusive Mike! Although overjoyed by their reunion, Reggie is in this alternate dimension an aged and weary old patient in a psychiatric ward. And only he remembers their battled and bloodied past with the Tall Man. Reggie must travel between dimensions and discern what is reality in order to confront the mysteries at the heart of a decades-long struggle against evil. He is met with new and familiar faces along the way, and an epic showdown on the Tall Man’s home world awaits!

This release will include a Commentary Track with Director David Hartman and Writer/Producer Don Coscarelli, as well as Deleted Scenes and a Behind the Scenes Featurette, as well as Phuntasm: Bloopers & Outtakes.