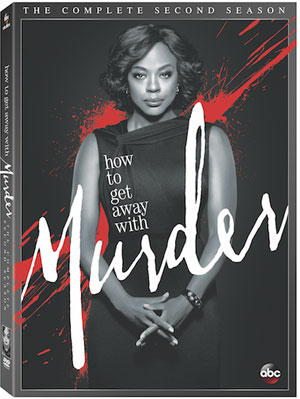 ABC Home Entertainment has just announced the upcoming release of How To Get Away With Murder: The Complete Second Season, bringing the sexy legal thriller television show to DVD in late June.

As the body count rises, Frank, Bonnie and the “Keating Five” dive into a docket of daunting new cases. Meanwhile, the shocking discovery of who killed Rebecca leads into the mystery of who shot Annalise. But instead of answers, this stunning development will set the stage for a series of shocking secrets, bitter betrayals and gasp-worthy revelations that will prove beyond all reasonable doubt, that under the right circumstances, anyone can be a killer.

The release will feature all 15 episodes that make up the show’s second season, complete with a selection of Deleted Scenes and Bloopers.

Unfortunately, no Blu-Ray version has been scheduled for this show, but you can get your hands on the 4-disc DVD set on June 21 for $39.99.