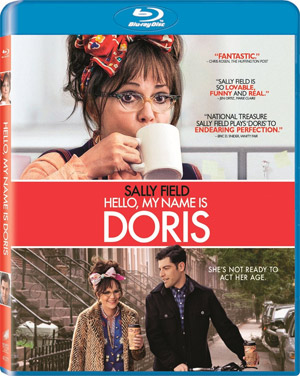 Sony Pictures Home Entertainment has announced details about the upcoming release of Hello, my Name is Doris, scheduling the hysterical late-life coming-of-age-story starring Sally Field for release on Blu-Ray Disc and DVD in June.

After a lifetime of being overlooked and ignored, Doris (Sally Field) finds her world turned upside down by a handsome new coworker (Max Greenfield) and a self-help guru that inspires her to take a chance on love.  Hello, My Name Is Doris is a witty and compassionate late-life coming-of-age story that will make you cheer and want to say, “I’m Possible!”

Along wit hthe feature film itself, the release will also include a Filmmaker Commentary Track, as well as an Alternate Opening and a selection of Deleted & Extended Scenes.