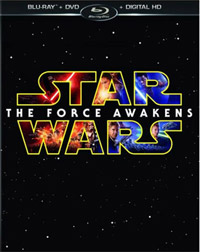 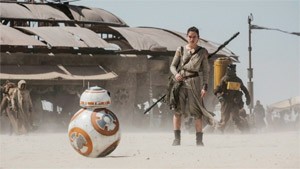 When “Star Wars: The Force Awakens” arrived in movie theaters, I must have been the only person not to go and see it. To be honest, at that point, I was completely Star Wars-ed out, oversaturated by the incessant advertising and promotions leading up to the film. So much so that I simply no longer cared to see it. Nonetheless, as the hype died down and the Blu-Ray release rolled around, I finally felt that it was time to check out the film for myself.

Taking place many years after “The Return of the Jedi,” the universe is once again in upheaval. While the evil empire has been defeated, a new evil has risen to power, calling itself the First Order, also calling upon the Dark Side to take overthrow the universe. The First Order takes advantage of the fact that Luke Skywalker has been missing for years, leaving the Jedi without their icon and a proper leader, and under the direction of Supreme Leader Snoke, evildoers like General Hux and Keylo Ren are determined to not only find and destroy Skywalker, but to also destroy everything he holds sacred.

Things begin to rapidly spin out of control when the Resistance locates a map leading to Luke Skywalker. Droid BB-8 is given the task to keep the map safe and instantly the little robot finds itself flung straight into the fight between good and evil. 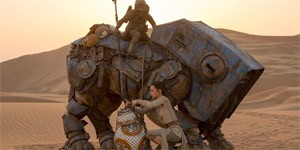 I enjoyed “The Force Awakens” overall. It has clearly more focus that than prequel movies (Episode 1, 2 and 3) and from the get-go it feels like a real Star Wars movie. Perhaps a bit too much, in fact, for its own sake. While the story is great and dynamic, and takes us through various cool locations, filled with galactic encounters, large and small, the problem is that, in the end, it is all just a rehash of episodes 4, 5 and 6. As a result if feels formulaic, predictable and all too safe. Let’s see if any of this sounds familiar to you… 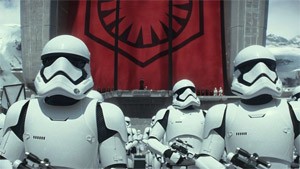 I could endlessly continue this list, because, in fact, nothing in “The Force Awakens” is original. Virtually every plot device is taken directly from the original Star Wars movies, practically every plot turn is derived from the original trilogy and even visuals are oftentimes identical copies of similar visuals in the original movies. While, to me, it never felt derivative in a bad sense, it was very clear that director J.J. Abrams tried to conjure up the magic of the original movies at any cost, and in doing so played it way to safe by merely copying what we already had. There are no new creatures to speak of, or new worlds. Everything we see is a rehash, down to the shot sequences, as in the bar scene and some of the pivotal fights.

So, while watching the movie, it made me feel very comfortable, but at the same time it never really satisfied my desire for a new Star Wars story. 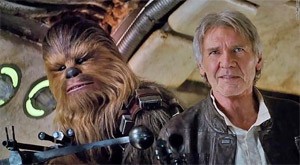 But there are numerous good aspects about the film as well. Unlike the last Star Wars movies, this one did not feel clinically sterile. While CGI is predominant, of course, it never feels as if it gets in the way of the story or the acting, and more importantly, it feels much better integrated, making it impossible at time to distinguish between practical effects and CGI shots.

The strongest asset “The Force Awakens” brings to the table is, without a doubt, the character of Rey, played by Daisy Ridley. It is a spunky character without being annoying, that is perfectly brought to life by Ridley with an exuberance of energy and wide-eyed wonderment as she begins to grasp the sheer scope of the universe around her. She is the perfect character for future sequels to drive the story onwards, and Ridley is the perfect actress to play her. Naturally, fans of the series were eagerly looking forward to meeting the old cadre again, consisting of Han Solo, Chewie, Leia and Luke. While not playing major parts in the film, apart from Han and Chewie, perhaps, I enjoyed the way the story involved these aging heroes, making them part of the fabric as a whole and never using them merely to satisfy fan demand.
As expected, the Blu-Ray release conjures up a top of the line presentation of the movie on your television screen. Colors are incredibly rich and instantly, the film reminds you just how refined a solid high definition presentation can look like. After years of Blu-Ray viewing, occasionally, the luster seems to disappear as we get used to it, and it is for releases like this one to bring it all back and pushing the envelop just a little bit farther with a truly spectacular, rich and detailed transfer.

Black levels are solid and deep, giving the image a spectacular amount of depth that roots the entire film. Whether it’s the blackness of space or the deep shadows of the scenery and shadows, the transfer never disappoints and completely draws you into the experience. 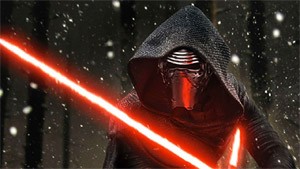 The same is true for the audio presentation on the release. Presented as a DTS 7.1 HD Master Audio track, the audio is every bit on the high end as the video presentation. With an incredible bass extension and a crystal clear high end of the spectrum, the transfer is bombastic. Filled with tons of spatial surround effects, the track is as spectacular and furious as the action on the screen, and will leave you breathless. Without excessive sub-harmonic bass usage, the track is much more balanced than that of most contemporary movies, while still laying it on solid and giving your equipment the proper workout you would expect from a Star Wars space opera.
Dialogues are perfectly integrated in the mix and never drowned out. Every line is understandable, even during the most heated of battle moments.

The release contains a number of bonus materials, including deleted scenes and a host of short featurettes that take a look at the making of the film, its cast of characters, the world, the legacy, the special effects, the music and a whole lot more. They are valuable additions to the release, presented on their own separate disc, and definitely deserve your attention. 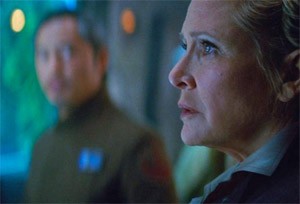 The release of contains a DVD copy of the movie and a Digital HD version.

“Star Wars: The Force Awakens” is a mixed blessing, though universally better than the Star Wars prequel trilogy in my opinion. While it may not be original or new, what it does, it does with such perfection and bravado that it simply oozes movie fun and is a cinematic smorgasbord from beginning to end. Let’s just hope the with the next installment the filmmakers will be a bit more daring and don’t get frazzled. I’m certainly looking forward to it and for now, “The Force Awakens” is my favorite Star Wars movie, right after the original trilogy.