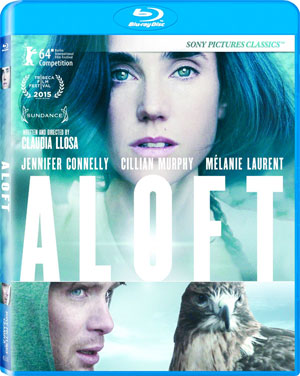 Sony Pictures Home Entertainment has added Aloft to its release line-up, with a DVD and Blu-Ray Disc version on its way for release in September.

As we follow a mother (Jennifer Connelly) and her son (Cillian Murphy), we delve into a past marred by an accident that tears them apart. She will become a renowned artist and healer, and he will come into his own as a peculiar falconer who bears the marks of abandonment. In the present, a young journalist (Mélanie Laurent) will bring about an encounter between the two that puts the very meaning of life and art into question, so that we may contemplate the possibility of living life to its fullest, despite the uncertainties littering our paths.

Set in the immense, raw beauty of the Arctic north, “Aloft” is a mystical new-age drama that follows the lives of three wounded characters; a mother, her son, and a hopeful stranger, all wrestling with the meaning of life and transcendence.