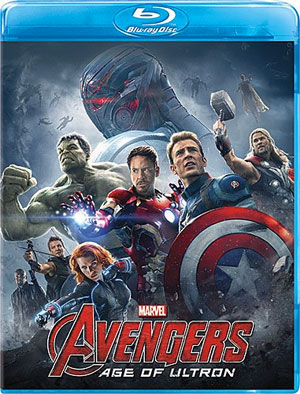 Marvel Studios has just announced the upcoming release of Avengers: Age of Ultron, scheduling the blockbuster movie to appear on DVD and Blu-Ray Disc in October!

As expected, the 141-minute movie will arrive in different configurations. The DVD version will feature the movie itself, with a Making-of Featurette as a bonus feature.

If you want a bit more oompf, look for the Blu-Ray version, featuring a 1080p high definition presentation with high def sound. This version will also include a number of Making-Of Featurettes, as well as a selection of Never-Before-Seen Deleted Scenes, a Gag Reel and an Audio Commentary.