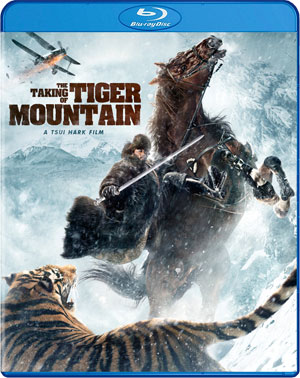 Tsui Hark’s thrilling adaptation of Qu Bo’s beloved adventure novel stars Tony Leung Ka-fai as a ruthless bandit, ruling the lands of Northeast China from his fortress on Tiger Mountain. A captain of the Liberation Army (Lin Gengxin) launches a counter-insurgency against the dictator with a skilled investigator (Zhang Hanyu) sent to destroy the gang from the inside. As the action unfolds, audiences are immersed in the swooping camera, spurting blood, flying bullets, airborne knives, falling rocks, cannon fire and — most spectacularly — a covert raid by ski.

In addition, you will find the movie’s Theatrical Trailer on the disc.