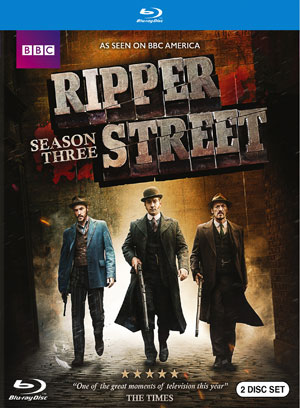 The opening episode begins with a violent train heist that ignites a chain reaction of events that reverberates through the entire season. The release will features all episodes of the show’s third season along with unspecified bonus materials.