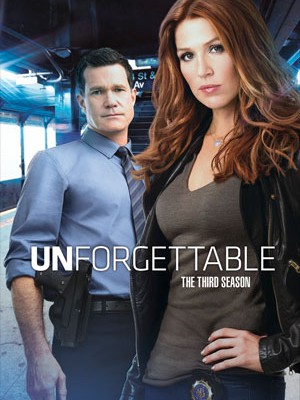 Paramount Home Entertainment has just unveiled details about the upcoming release of Unforgettable: The Third Season, adding the TV show to its roster with a May release date.

The third season finds Carrie and Al dealing with a dangerously illegal underground poker ring, a murdered high-profile television star, and the death of a college dropout who lived in an abandoned island community. However, the biggest challenge occurs when Carrie’s life and memory are put on the line by a crazed assassin.

Coming only to DVD as a 4-disc set, the release will feature all of the third season’s 13 episodes, along with some Bloopers and Deleted Scenes, as well as the Featurette ”Unforgettable Moments: Inside Season 3”.

“Unforgettable: The Third Season” has been targeted for a May 12 release date and can be yours for $59.99.