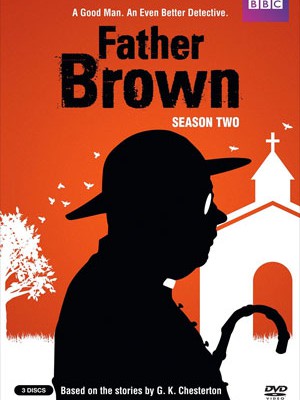 BBC America has added a number of new titles to its release line-up, including Father Brown: Season Two, allowing the priest with an affinity for solving crimes to make his way to DVD only in May.

The stakes are higher for Father Brown (Mark Williams), who’s joined once again by his secretary Mrs. McCarthy (Sorcha Cusack), socialite Lady Felicia Montague (Nancy Carroll) and her chauffeur Sid Carter (Alex Price) who together must embark on another series of adventures to save the souls of the sleepy village of Kembleford. Inspired by the short stories of G. K. Chesterton, this season sees Father Brown face more sinister cases than ever before which will include exorcism, abduction, poison, and murder – all the while clashing with a new head inspector.

With a running length of 442 minutes, the show will arrive as a 3-disc DVD set. BBC America has not announced any bonus materials at this time, and no Blu-Ray version has been scheduled, unfortunately.