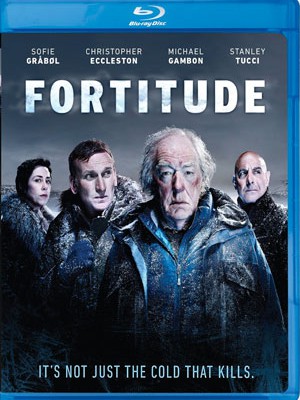 PBS Distribution has just announced the upcoming release of Fortitude, preparing a Blu-Ray and a DVD version of the television show.

The dark drama series set in the melting Artic, featuring psychological and thriller elements, tells the story of the small idyllic town of Fortitude, whose peaceful existence is shattered after a brutal and shocking murder. Above-average temperatures lead to a record ice melt revealing secrets long since hidden beneath the frozen landscape. Sheriff Dan Anderssen (Richard Dormer) leads the investigation and is forced to work alongside DCI Morton (Stanley Tucci), a detective who has flown into town from the mainland to contribute his forensic expertise. As the search for the killer progresses, their list of suspects – and suspicions of each other – grows.

The 10-hour drama will be released as a 4-disc Blu-Ray Disc set and as a 4-disc DVD set, featuring all episodes of the TV series. No bonus materials have been announced, however, that would accompany the feature presentation.