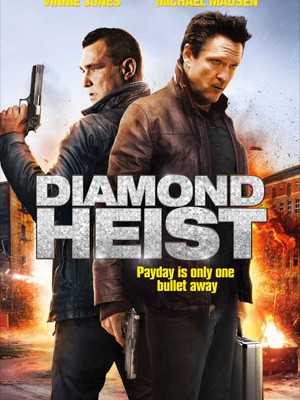 Random Media has announced the upcoming release of the action thriller Diamond Heist, scheduling a DVD version for release in March.

When two male exotic dancers mysteriously disappear from outside his London club, Terence (Michael Madsen) a notorious diamond smuggler, needs to find some replacements fast. His old colleague and former diamond man Jack Varga (Vinnie Jones) offers up a hapless pair of misfits. They’re on the run after witnessing a murder and by getting on the stage and stripping down, have landed themselves in even deeper trouble.

No bonus materials have been announced for the release, but you can grab “Diamond Heist” on March 24 for $19.97.