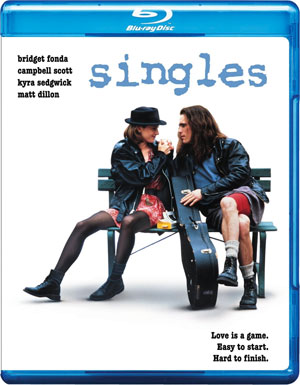 Cameron Crowe’s Singles is the first film on the list, asking the question, “What do you do to make romance happen in today’s hilariously mixed-up singles world?” A stellar cast joins Crowe in this sweet, funny tale of Seattle twenty-somethings searching for, and running from, love. The great “Seattle Sound” grunge/alternative music of the ‘90s provides the soundtrack, featuring musicians such as Pearl Jam, Soundgarden and two performances by Alice in Chains.

The release will come with a set of new bonus features,, including Deleted Scenes and a Gag Reel, as well as Three Full Live Performances of “Birth Ritual” by Soundgarden, “Would?” by Alice in Chains and “It Ain’t Like That” by Alice in Chains. 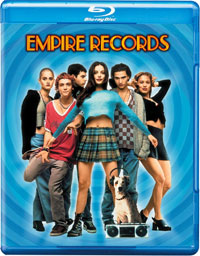 The next film on the list is Empire Records as Allan Moyle cranks it up another notch with his direction of this comedy about an eventful day in the lives of the young slackers, doers and dreamers who all work at the bustling Empire Records store. “This music is the glue of the world,” one of Empire’s clerks says. “It holds it all together.” With one of the most dynamic song scores ever, tunes by Gin Blossoms, the Cranberries, Toad the Wet Sprocket, Cracker, Evan Dando, Better Than Ezra and more set off virtually every scene.

The special features for this release will be carried over from the previous DVD release. 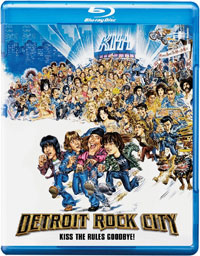 And then, there is Detroit Rock City as the third title in the list. The year is 1978: bell-bottoms, Day-Glo, lava lamps, and rock and roll define the generation. What’s a high-school rock band from Cleveland got on its mind? Getting out and hitting the city: Detroit Rock City! Join Hawk (Edward Furlong) and his three best friends as they head out to pay their respects to the kings of rock, KISS. Part road trip, part coming-of-age comedy, part crazy ride through the ’70s, this movie rocks and rolls all the way through.

The bonus features for this release will also be culled from the previously released DVD version of the movie.