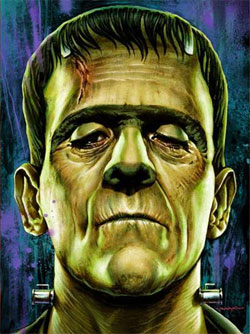 Some time ago, Universal Pictures Chairman Donna Langley made mention of a slate of movies that are evidently in various stages of production at the studio, centering around one of Universal’s greatest legacies, the Universal Monsters. Since, unlike many other studios, Universal does not have any superheroes of renown in its roster, the move makes sense—build upon established franchises that made the studio into what it is.

In her comments, Langley also made mention that the studio is planning to turn these characters into action adventure franchises, rather than pure horror movies. The horror film fan community exploded over the announcement and screamed bloody murder, of course, feeling jilted and betrayed. But is it really warranted? 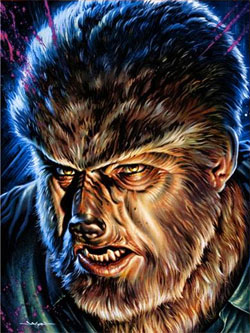 If you’ll indulge me, I’ll tell you what I think. What is horror, really? Clearly, it has changed a lot. Over the past decades horror movies have become universally more gruesome, gory, sadistic, exploitative and graphic—to the point of being excessively gratuitous. These sorts of films used to be a niche within the horror genre. A niche that we called Splatter. Splatter movies no longer exist, per se, because they have essentially become mainstream horror, the contemporary definition of horror, so to speak. The sad thing is that all the other facets the horror genre had to offer 30, 40 or 50 years ago have pretty much vanished. Subtle psychological horror films, atmospheric ghost stories, gothic horror, are all movie tropes they just don’t make much anymore—with a few truly rare exceptions, of course. A film like “Don’t Look Now” would not even be considered a horror film anymore these days, and neither would be something like the “Creature from the Black Lagoon” for that matter. 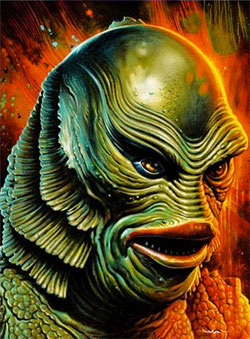 Nowadays, when a horror film is not labelled a “thriller” by default, but is allowed to remain a horror film, it usually goes straight for the jugular, right in your face, and this mentality has even taken over television, where a show like “The Walking Dead” is substantially more gruesome and gorier than even their big-screen grandfathers “Dawn of the Dead” or “Zombi” were back in their days. And with it, the perception of the word “horror” as a point of reference has completely changed.

In our 21st century vernacular, horror now relates to gorefests. Pure and simple. So much so, that it has become an extremely detrimental titulation if you are creating anything but the most graphic, core horror content. Mainstream audiences simply make a wide turn around the genre, intrinsically expecting anything related to horror to be excessively violent, gruesome, sadistic and graphic. 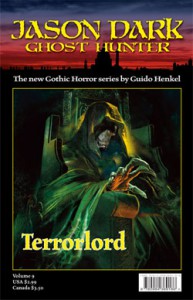 To give you an example, I had to rebrand my “Jason Dark” books to “supernatural mysteries” because too many people were scared off by the “gothic horror” moniker I used originally. Too many potential readers thought I’m trying to sell them the most blood-soaked novels about black-clad teenagers with too much eyeliner being gutted and eaten alive. The term “gothic horror” has gone to oblivion. In essence, the term “horror” has lost all of its subtleties.

One could argue, of course, that the times have changed, and that in the 1940s the monster films that Universal produced were every bit as shocking to audiences then, as our modern bloodshed is to today’s audiences. I would personally disagree, because I don’t even remember the last time I saw a horror film that was actually scary or terrifying. All the in-your-face violence has become so predictable and has desensitized my mind to the point that I find it sophomoric, merely laughable, if not seriously annoying. The originally desired effect is lost entirely. 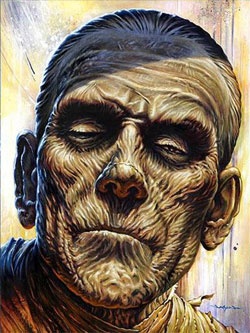 Going back to the original topic, however, I think that this excursion shows that the whole subject matter about horror films vs. action-adventures is about semantics. It’s a matter of nomenclature, I suppose. What we consider “horror” today used to be “splatter movies,” and quite frankly, “action-adventure” sounds perfectly fine with me, considering the franchise in question. The same way horror films have “pushed the boundaries,” so have action-adventures. They are more overtly graphic than ever before, and they are often steeped in horror themes. I think “Van Helsing,” which most critics would consider to be an action-adventure and not an actual horror film, worked much better and captured the essence of the Universal Classic Monsters much more faithfully than most contemporary horror films do. If that is the template by which Universal Pictures wants to move ahead, I’m all for it. I do not need the moniker “horror” just for its own sake. It’s the result that counts. They could call it a “romantic animal kingdom” movie for all I care, what with the wolves and bats and all. 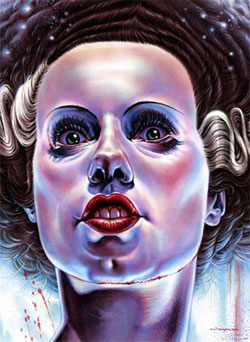 The fact that Universal casts these upcoming films as action-adventures may have more to do with the perception of the word horror by mainstream audiences than it has with the actual content of the films. The studio simply doesn’t want to make films designed for a wide audience, that ultimately get derailed by the horror label and typecast for an extreme niche, and I think that is understandable.

To me it also reflects their desire to make movies that may capture the flair of the original films better. I am not at all sure if I would really want a “Frankenstein” film that is super-gory, or an excessively bloody version of “The Mummy,” or a movie that takes “The Walking Dead,” good as it may be, for its source of inspiration. 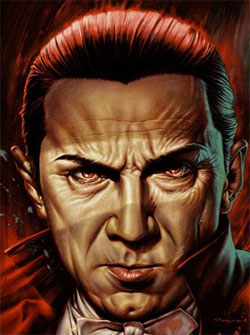 So, despite the uproar that erupted from the horror community after Universal’s announcement, this may not all be bad news. I’ve been continuously working with Hollywood for almost 20 years, and if there is one thing I have learned from Tinseltown business in all those years, it is that, despite what many people seem to believe, they are in it for the money. Not for the movie lovers, not for the idealistic views of fans, but for cold hard cash. In that light, Universal’s announcement makes a lot of sense, because it was simply good business to rebrand the Universal monster films as action adventures.

The use of the word “horror,” or the lack thereof, would be the least of my concerns, however, because the much bigger challenge for the studio will be to get good scripts. They will need material that is more engaging and operates on a much higher level than “Dracula Untold” did, for example, and Hollywood has not produced a lot of that lately.