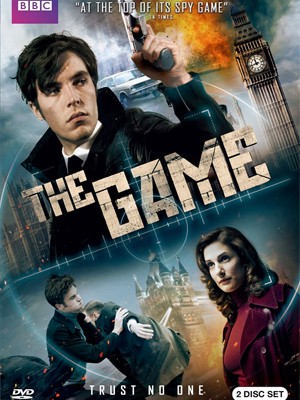 BBC Home Entertainment has added the six-part mini-series The Game to its line-up, with a DVD version scheduled for release later this month.

In 1972 London, tensions are at a terrifying peak as the world’s super powers plot against their enemies. The threat: a dangerous and deadly Soviet plot, designed to bring Britain to its knees, dubbed Operation Glass. This is where The Game begins – a stylish, character-driven spy drama that explores the lives and lies of the invisible soldiers fighting a secret war. The players are agents – some better than others – trained in the art of persuasion, interrogation and new technology.

A sexy, smart and explosive depiction of the Cold War, “The Game” takes viewers back to a time when the proliferation of espionage was at an all-time high.  With relations between the Soviet Union and Britain fractured due to the former’s occupation of Eastern Europe, the series shines a light on how spying and covert operations further damaged the two nations’ relationship.  The KGB, accused of countless crimes, dispatched spies all over Britain to embed themselves alongside her finest in order to infiltrate and later, carry out acts of terror.  Those who lived through these trying times will instantly relate to the tension, uncertainty and the palpable fear that life as you knew it, could change in an instant.

The series and its incredible ensemble cast will allow you to experience this suspenseful show in a 2-disc DVD set when it will be release on February 27 for $34.98.