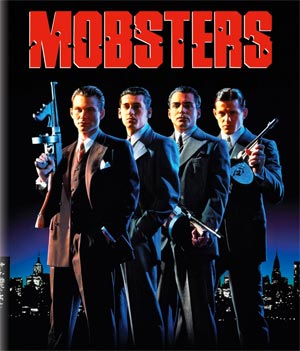 Universal Home Entertainment is expanding its Blu-Ray Disc catalog in March, by including director Michael Karbelnikoff’s 1991 action thriller Mobsters to the line-up.

A dynamic cast powers “Mobsters,” an action-packed movie based on the true story of the rise of organized crime in America. “Mobsters” pursues the daring exploits of four close friends growing up in New York City’s roaring 1920’s: the charming “Lucky” Luciano (Christian Slater), the savvy Meyer Lansky (Patrick Dempsey), the headstrong “Bugsy” Siegel (Richard Grieco) and the diplomatic Frank Costello (Costas Mandylor). From their humble beginnings as street thugs, they formed an impenetrable bond that led them to the top of the underworld.

The release will feature a 1080p high definition transfer, complete with a DTS 5.1 HD Master Audio track. Unfortunately, no bonus materials will be included in the release other than the movie’s Theatrical Trailer.