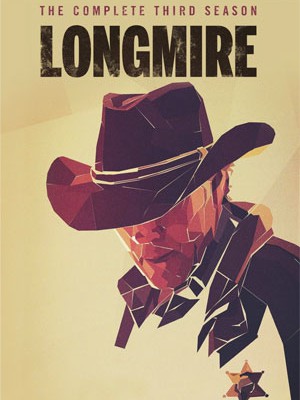 Last season, Walt Longmire (Robert Taylor) and his deputies each braved a storm and did it nobly.  But for every storm, there is an aftermath. After winning his heated re-election as Absaroka County sheriff against his ambitious deputy Branch Connally (Bailey Chase), Longmire faces a stampede of problems both personal and professional.  Branch is mysteriously shot on “the Rez” by the White Warrior spirit of a dead man, while Longmire’s loyal friend Henry Standing Bear (Lou Diamond Phillips), is arrested in connection to the murder of Longmire’s wife’s killer. Longmire’s daughter, Cady (Cassidy Freeman), decides to take up Henry’s case and fight in court to clear Henry’s name. Meanwhile, his deputy Vic Moretti (Katee Sackhoff) sees the return of a stalker from her Philadelphia past. Longmire must navigate these taxing situations as he butts heads with tribal police, big money connections and longstanding enemies. With new cases and new enemies, “Longmire: The Complete Third Season” brings you Big Sky drama at its finest!

Arriving as a 2-disc DVD set, the release will feature all 10 episodes of the season. The contemporary Western show itself is based on the “Walt Longmire” mystery novels written by best-selling author Craig Johnson.

Along with the episodes, the release will also include the bonus feature The Ghost In The Storm. Ghosts exist in this season of Longmire.  The storm defined the characters, but what’s left is the aftermath, the mysterious conflict which they must face.  Can Walt, Henry, Branch and the others find peace once they confront their ghosts?

“Longmire: The Complete Third Season” will be in stores on March 3 with a $39.95 sticker price.