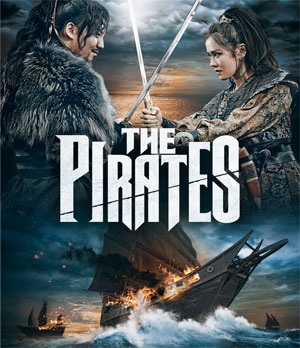 Well Go USA Entertainment has just unveiled plans to bring the film The Priates by Korean director Lee Seok-hoon to Blu-Ray Disc and DVD in January.

Set in 1388, this epic tale of the high seas depicts the efforts of several warring factions as they attempt to retrieve the emperor’s royal seal (and the attendant bounty) after it’s literally swallowed by a whale.

On the eve of the founding of the Joseon Dynasty, an unprecedented robbery shocks the nation-in-waiting: a whale has swallowed the Emperor’s Royal Seal and a bounty placed on its retrieval. Now, every infamous gang of thieves, thugs, pirates and government agents take to the seas, battling the elements, creatures of the deep, and each other to possess the mother of all rewards.

No information about bonus materials has been made available, leading us to believe that the release will most likely feature only the feature film.