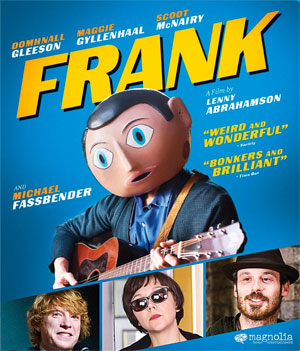 Magnolia Home Entertainment has just announced the upcoming release of the comedy Frank, bringing the film to Blu-Ray Disc and DVD in December.

An offbeat comedy about a young wannabe musician, Jon (Domhnall Gleeson), who finds himself out of his depth when he joins an avant-garde pop band led by the mysterious and enigmatic Frank (Michael Fassbender), a musical genius who hides himself inside a large fake head, and his terrifying bandmate Clara (Maggie Gyllenhaal).

Aside from the movie itself you will find the Featurette ”AXS TV: A Look at Frank” on the disc, as well as the Theatrical Trailer.