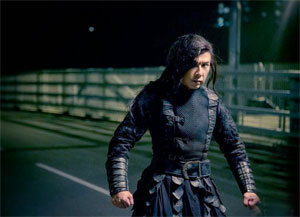 The Hong Kong action epic “Iceman” is both exhaustive and exhausting, a movie that moves from urban gunplay and historical fantasy to lowbrow scatological humor, romantic comedy, and sociopolitical commentary – often in a space of less than five or ten minutes. With little regard for conventional storytelling structure (and at times with a near total disregard for logic), the film jumps from one increasingly elaborate set piece to the next, alternating between large-scale stunts and bizarre but hilarious episodes in which supernatural warriors from the past exhibit their ability to urinate stronger, harder, and further than anyone else. If your main complaint with current Hollywood fantasy and adventure films is that they’re not audacious or original enough, this is the movie for you. 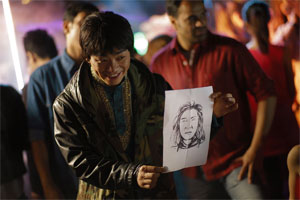 The basic premise of “Iceman” is that a Ming Dynasty palace guard named Ho Ying is framed for murder and hunted down by a group of vengeful warriors, all of whom are buried in an avalanche and frozen in battle. 400 years later, under circumstances that are never fully comprehensible, the palace guard and his pursuers are thawed out by criminals working with corrupt police officials, who hope to (again, in ways I don’t really understand) use the defrosted martial artists as a source of anti-aging technology they can sell to North Korea. When Ho Ying gets loose in modern-day Hong Kong, he and his enemies turn the city into a battleground – and director Law Wing-Cheong turns it into the backdrop for shoot-outs, fistfights, car chases, and just about any other form of spectacle he can think of. 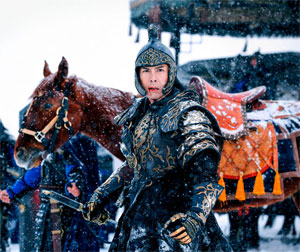 To say that “Iceman” doesn’t always make sense would be an understatement, and it would also be beside the point. Part of the movie’s charm is its utter insanity and willingness to do anything for a laugh or a thrill – some of the baser sight gags, particularly one in which we learn what 400 years in ice does to one’s digestive tract, are delightfully awe-inspiring in their tastelessness. Complaining about the lack of logic in “Iceman” is like complaining about the lack of musical numbers in “12 Years a Slave”; it simply isn’t something the filmmakers are concerned with. What they are concerned with is a sort of kitchen sink approach to filmmaking in which more is always more – indeed, if there’s a major flaw in “Iceman” it’s that the filmmakers are so terrified of holding back that they often work against their own strengths, cluttering up otherwise exhilarating martial arts sequences with gratuitous CGI effects that only get in the way. 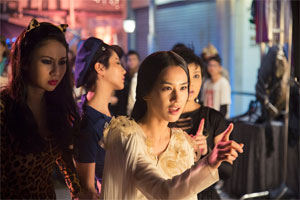 Donnie Yen is both the star and the credited “action director” on “Iceman,” and since the movie is practically nothing but action sequences he probably deserves the lion’s share of the credit for the film. I must admit that I don’t completely understand his appeal; he’s been referred to by some critics as an heir to the tradition of Bruce Lee and Jackie Chan, but to these eyes he comes across as far less dynamic than either. Part of the problem might simply be the current overreliance on CGI imagery; the fight scenes here are so clogged with flying objects that are clearly computer-animated that it destroys the viewer’s suspension of disbelief – even when Yen is doing his own fighting, we don’t trust it because there’s so much artificial crap whizzing around the screen. Yet by the end of “Iceman” this feels like a churlish complaint, since ultimately even the movie’s weaknesses only grow out of the filmmakers’ absolute refusal to bore the audience. “Iceman” jams more action and plot into its first forty minutes than some films do in their entire running time, and then it builds from there for another hour. It truly does end up being almost too much – I was completely wiped out long before the climax – but I’ll take a movie that’s trying too hard over one that’s not trying hard enough any day of the week. 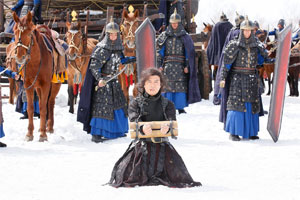 The Blu-ray of “Iceman” contains a solid 1080p transfer in the film’s original 2.35:1 aspect ratio, with vivid colors and contrast and a crisp, clear presentation of the many night exteriors. There’s also a robust 5.1 DTS-HD soundtrack that perfectly captures every bone crunch and bullet hit without smothering the dialogue (though the subtitle translation does seem to be a bit on the imprecise side). The disc’s only extra is a twenty-minute collection of production diaries that provides some interesting behind-the-scenes footage of Yen and his collaborators at work as they stage their set pieces. A fair amount of this material is devoted to the movie’s 3-D effects, as this is the format in which it was released theatrically; even without the 3-D, however, “Iceman” is a rousing piece of entertainment that will be a welcome addition to any genre fan’s collection.