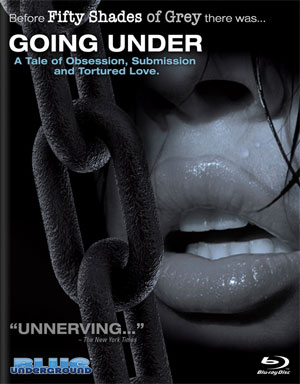 Blue Underground has added a new title to their ever-growing catalog of Blu-Ray titles, scheduling a high definition version of the 2004 thriller Going Under by Eric Werthman for release in January.

The award-winning film that brilliantly illuminates the dark world of S&M, fetishized eroticism, and the disturbing consequences of blurring the line between fantasy and reality will arrive in a 1080p high definition presentation with DTS 5.1 HD Master Audio track.

As extras the release will also feature an Audio Commentary with Co-Writer/Director Eric Werthman and Star Roger Rees, as well as the Featurette ”Pushing the Boundaries”, which features interviews with the movie’s stars Roger Rees and Geno Lechner.

A look at the NYC Black & Blue Ball is also included, along with the movie’s Theatrical & Teaser Trailers.