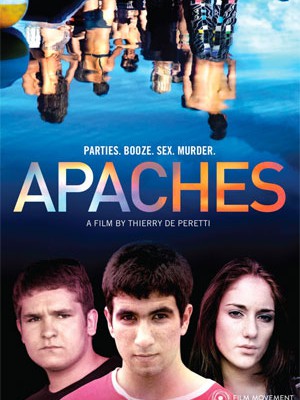 Film Movement has announced the upcoming release of the acclaimed French independent movie Apaches, scheduling a DVD version for December.

While thousands of tourists invade the beaches and clubs of the picturesque island of Corsica, five local teenagers spend their days aimlessly hanging out in the streets. One summer night, one invites the others to a vacant luxury villa he knows, where they spend the night swimming, drinking and hooking up. When they leave, they steal several valuables from the home, including two prize rifles. Upon returning from Paris to discover the theft and vandalism, the homeowner turns to a local crime boss for help, quickly igniting a chain reaction of violence and revenge the teens had never anticipated.

The selection at numerous European film festivals, including the Cannes Film Festival, “Apaches” also includes a Bonus Short Film, ”Margerita”, about a gypsy who breaks into a luxury apartment and makes a surprising discovery.