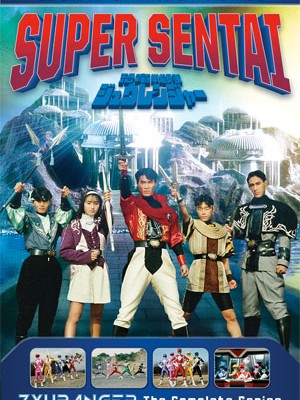 When the sinister witch Bandora is released from her prison after 170 million years, five warriors from an ancient time are woken from suspended animation to once again defend Earth from Bandora and her evil horde. Armed with enchanted weapons and giant robotic deities known as the Guardian Beasts, it’s up to these warriors to defeat Bandora and her monsters before she can exact revenge upon the Earth for the death of her son.

“Super Sentai Zyuranger: The Complete Series” will be released as a 10-disc DVD set that contains all 50 episodes of the series, presented in Japanese with English subtitles.

In addition, the DVD release will also include the “Power Progenitors: Super Sentai Zyuranger” Power Morphicon 2014 Panel as a bonus feature.

“Super Sentai Zyuranger: The Complete Series” will come to a store near you on February 17 from Shout! Factory and can be yours for $54.99.