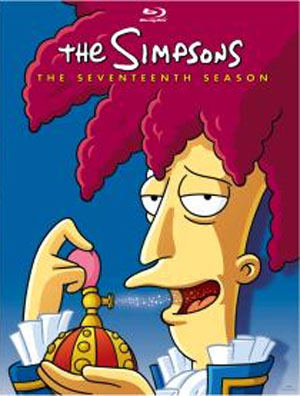 Twentieth Century Fox Home Entertainment has just announced the upcoming release of The Simpsons: The Seventeenth Season scheduled to make it to Blu-Ray and DVD in December.

Aside from all of the season’s episodes, the set will once again come with a wealth of bonus features, including the Bonus Episodes ”The Man Who Knew Too Much,” “Cape Feare” and ”Krusty Gets Busted”.

A number of Deleted Scenes are also part of the release of course, as well as Audio Commentaries on selected episodes.

In terms of Featurettes, the release will dish out ”The Great Ones,” “Life! It’s the Simpsons” and ”Let There Be Music”. An Animation Showcase, two Sketch Galleries and an Introduction will also be included.