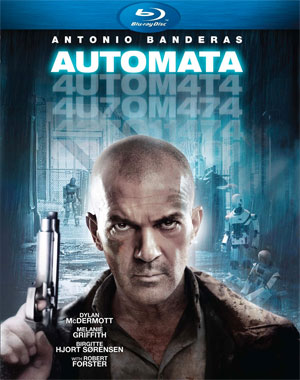 Millennium Entertainment has announced the sci-fi thriller Automata for release on Blu-Ray Disc and DVD in November.

In a future where Earth’s ecosystem verges on collapse, man-made robots roam the city to protect dwindling human life. When a robot overrides a key protocol put in place to protect human life, ROC Robotics insurance agent Jacq Vaucan (Antonio Banderas) is assigned to locate the source of the manipulation and eliminate the threat. What he discovers leads Vaucan, ROC Robotics and the police into a battle with profound consequences for the future of humanity.

No details have been announced in regards to bonus materials on the release, but you can take “Automata” home on November 18 for $24.99 on Blu-Ray Disc and $19.99 on DVD.