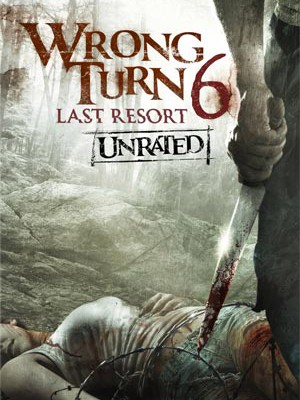 The unrelenting terror starts when an emotionally troubled young man, Danny, inherits an isolated backwoods hotel that may hold the key to his secret past. A trip to the peaceful resort quickly transforms into a blood-soaked killing spree, as Danny’s friends are brutally murdered one by one. Danny discovers that Three Finger and his flesh-eating kin are to blame, but the chilling surprises they have in store for him have only just begun. Danny ultimately learns that he has an unthinkable connection to the clan of hillbilly cannibals, but now that he knows the shocking truth, he will face an even more horrifying choice.

Both versions will feature an Unrated Cut of the film and also include the Featurettes ”Inheritance,” “All The Kills in Them Hills” and ”Hobb Springs: A Place to Rest…In Peace”