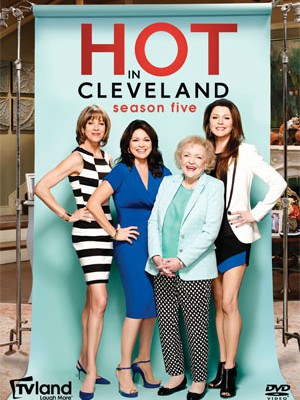 Paramount Home Entertainment has just added Hot in Cleveland: Season Five to its lineup, brining the TV comedy show to DVD only in November.

Valerie Bertinelli, Jane Leeves, Wendie Malick, and Betty White are back with more twists, more turns, and more laughs in Season 5 of Hot in Cleveland!

Whether they’re juggling romances, adopting a puppy, running for public office, or being interrogated by the FBI, these four HOT ladies remain incorrigible and irresistible. Throw in the live season premiere and their first ever animated episode and you have the hottest, craziest, and most unpredictable season yet. You won’t want to miss a minute!

Sadly, it appears as if no bonus materials will be accompanying this release and no Blu-Ray version has been announced either at this time.

“Hot in Cleveland: Season Five” will make it to stores around the country on November 4 for $29.98.