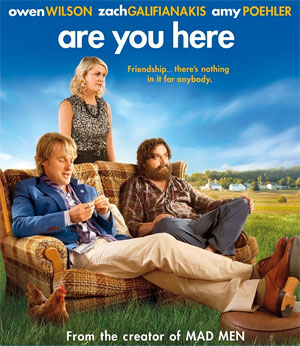 Millennium Entertainment has announced the upcoming release of Are You Here, bringing the comedy to Blu-Ray Disc and DVD later this month. It is the big-screen debut of Matthew Weiner, the creator and writer of AMC’s super-successful “Mad Men” series.

The release will include a few bonus features, such as an Audio Commentary by writer and director Matthew Weiner.