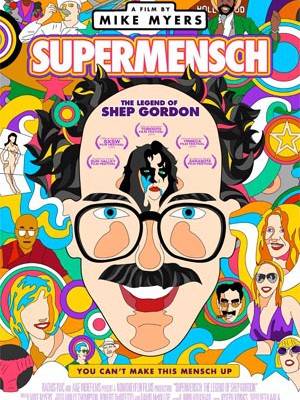 Anchor Bay Entertainment and RADiUS have just announced the arrival of Supermensch: The Legend of Shep Gordon on Blu-Ray Disc and DVD in October.

In his directorial debut, SNL-alumni Mike Myers steps behind the camera to document the remarkable career of friend and Hollywood insider—Shep Gordon. He isn’t a household name, but Gordon became a beacon in the entertainment industry after a chance run-in with Jimi Hendrix and Janis Joplin launched his career in 1968. Since then, he has managed an endless list of talent, including Alice Cooper, Blondie, Luther Vandross, and Raquel Welch.  His management of Emeril Lagasse was the driving force behind the “Celebrity Chef,” concept that turned the culinary arts into the multi-billion dollar industry it is today.

“Supermensch: The Legend of Shep Gordon” will be available exclusively on Amazon for $29.99 on Blu-Ray Disc and $24.99 on DVD, starting October 7.