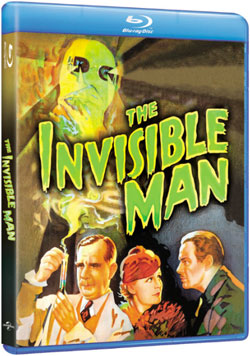 Some time ago, Universal Home Entertainment released a beautiful collection of their most beloved classic monster movies, called Universal Classic Monsters: The Essential Collection. With a $159 price tag, this release may have been a little out of reach for anyone but the truest hard core fans of these films, but come June, the studio will begin releasing the films from the collection as individual discs.

The first wave of these releases will feature the high definition versions of The Invisible Man, The Creature from the Black Lagoon, The Phantom of the Opera and The Mummy.

Each Blu-Ray Disc will be available for $22.98, including all the bonus materials found on their counterparts from the Essential Collection, so make sure to keep your eyes open for these on June 4.

No word just yet, when the second wave will be released, but we woudl expect them to show up somewhat closer to Halloween.