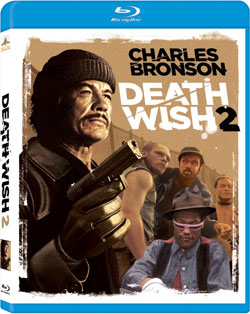 Although not making any official announcements, the studio has hinted at bonus features that will also be included on the releases, but don‘t expect new features, as they will most likely be culled from existing DVD versions.

Charles Bronson will spread some lead around in these movies when they arrive in stores on August 14 for $19.99, each.