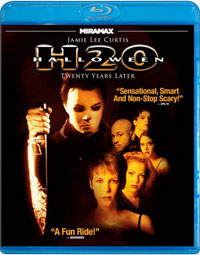 Echo Bridge Home Entertainment seems to have licensed a vast number of titles from the Miramax library, as the independent studio has just announced Blu-Ray Disc versions of films such as From Dusk Till Dawn, Halloween 6: The Curse of Michael Myers, Children Of The Corn III: Urban Harvest, Hellraiser 4: Bloodline, Halloween H2O, Dracula 2000, The Crow: City Of Angels and Jackie Chan’s Supercop. Each of these films will be available in May for only $12.99!