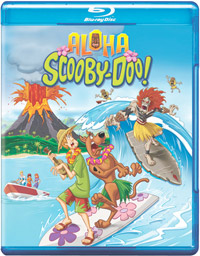 Warner Home Video has added Aloha Scooby-Doo! to their line-up, bringing the animated movie to Blu-Ray Disc for the first time in May.

The release will feature a 1080p high definition transfer of the movie in its original 1.78:1 aspect ratio and will be supplemented by a cool DTS 5.1 HD Master Audio track.

As extras you will find the Making-of Featurette ”The Wiki-wiki Tail of Aloha Scooby-Doo!” on the disc, along with the Cast Q&A An Evening With the Scooby Doo Gang .