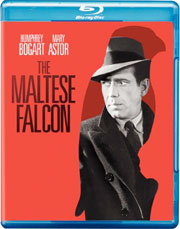 Warner Home Video is bringing Humphrey Bogart in The Maltese Falcon to Blu-Ray for the first time in October.

A gallery of high-living lowlifes will stop at nothing to get their sweaty hands on a jewel-encrusted falcon. Detective Sam Spade (Humphrey Bogart) wants to find out why – and who’ll take the fall for his partner’s murder. An all-star cast (including Sydney Greenstreet, Mary Astor, Peter Lorre and Elisha Cook Jr.) joins Bogart in this crackling mystery masterwork written for the screen (from Dashiell Hammett’s novel) and directed by John Huston. This 1941 Academy Awards® Nominee* catapulted Bogart to stardom and launched Huston’s directorial career – all with a bird and a bang.

Featuring a high definition transfer and audio, the release will also include a Commentary Track by Bogart Biographer Eric Lax, as well as the Featurette ”The Maltese Falcon: One Magnificent Bird”. Also included is the Blooper Reel ”Breakdowns of 1941” and Makeup Tests, along with ”Becoming Attractions”, a Trailer Gallery of Humphrey Bogart.

“The Maltese Falcon” will make its high definition debut on October 5 for $24.98.