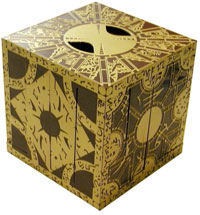 The awards were handed out last night, at the historic Hollywood Roosevelt Hotel – site of the first Academy Awards ceremony.

If you haven’t seen any of these films, maybe now, with Halloween approaching, is the time to give them a spin!