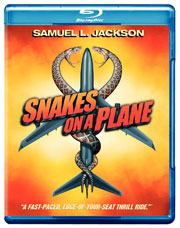 The disc isn’t barebones either, it will come with an audio commentary by Samuel L. Jackson and director David R. Ellis along with a blooper reel, deleted scenes, the music video by Cobra Starship, a featurette gallery and trailers.

The plane lands in September.