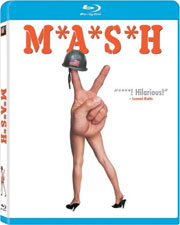 One of the world’s most acclaimed comedies, M*A*S*H focuses on three Korean War Army surgeons brilliantly brought to life by Donald Sutherland, Tom Skerritt and Elliott Gould. Though highly skilled and deeply dedicated, they adopt a hilarious, lunatic lifestyle as an antidote to the tragedies of their Mobile Army Surgical Hospital, and in the process infuriate Army bureaucrats. Robert Duvall, Gary Burghoff and Sally Kellerman co-star as a sanctimonious Major, an other-worldly corporal, and a self-righteous yet lusty nurse.

No exact specs and details have been announced yet for this release, but look for it in stores on September 1 for $34.99.