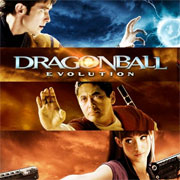 Based on one of the most popular Japanese manga series of all time, “Dragonball: Evolution” follows a young warrior on an epic adventure to discover his destiny…and save the world from the forces of darkness.

For his eighteenth birthday, mild-mannered Goku is given a mystical Dragonball, one of only seven in existence, which combine to grant a perfect wish to whoever possesses them. But an ancient warlord named Piccolo has escaped eternal imprisonment and is on his own quest to gather the Dragonballs. Goku must enlist the help of his friends—and the power of his evolving martial arts skills—to defeat Piccolo before it’s too late!

“Dragonball: Evolution Z-Edition” on DVD will feature an anamorphic widescreen transfer of the film with Dolby Digital 5.1 audio. As extras you will find Eight Deleted Scenes on the disc, as well as the Stunt Featurette ” Goku’s Workout” as well as the Fox Movie Channel Featurettes ”Making a Scene” and ”Life After Film School” with Justin Chatwin. A Gag Reel and Brian Anthony’s “Worked Up” Music Video will round out the release.

The Blu-Ray version will boast a 1080p high def transfer with a DTS 5.1 HD Master Audio track. It will contain the same extras as the DVD version but will also include Goku’s quest, a scavenger hunt game exclusive to Blu-Ray.